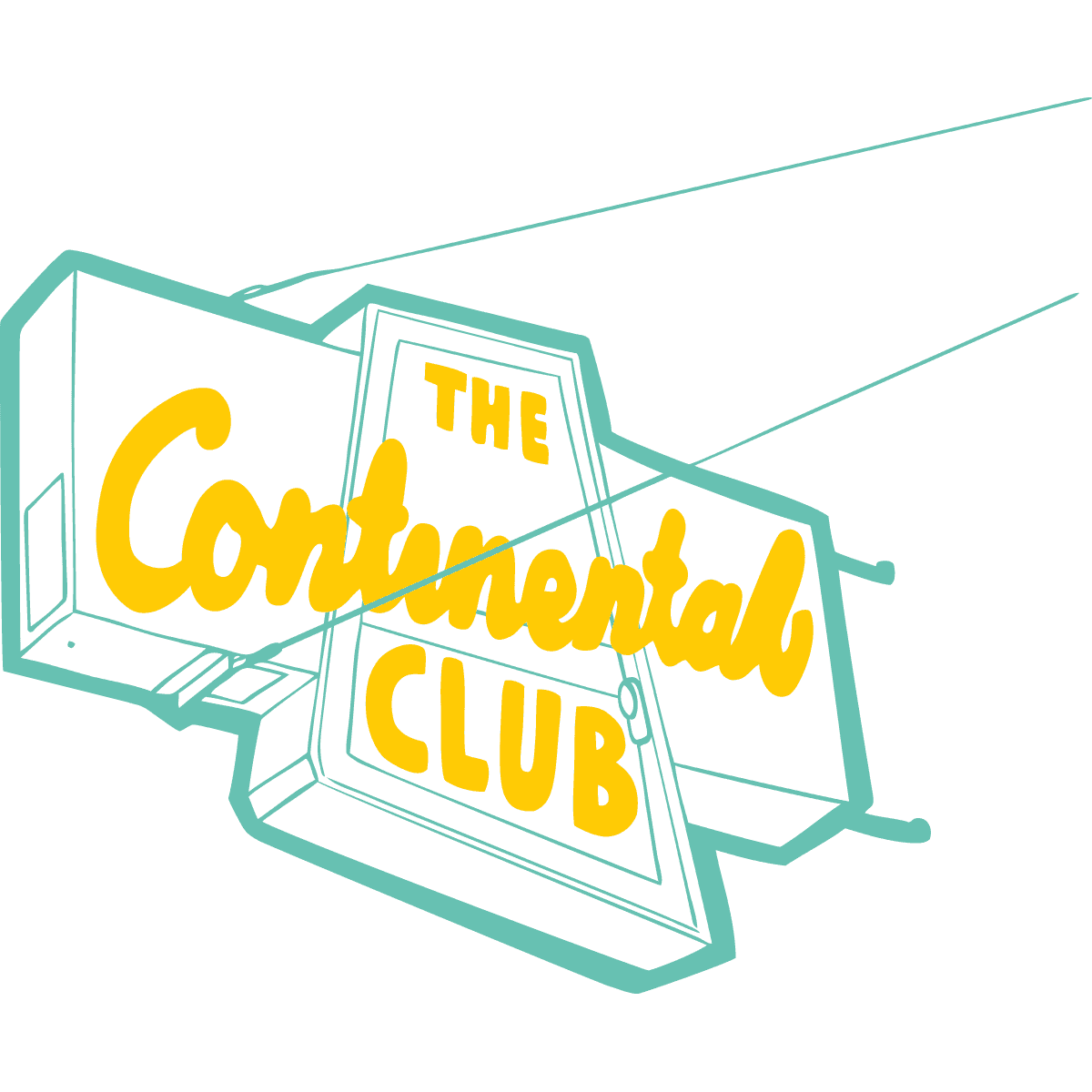 Morin Scott opened the Continental Club in 1957 as a private supper club. In the late 1970s it was bought by the former owners of the One-Knite club, and the owners of Liberty Lunch briefly ran the club in the 1980s. Current owner Steve Wertheimer took over in 1987, having learned the ropes of the music business at the old Rome Inn (now Texas French Bread) on West Campus. Wertheimer recently opened C-Boy’s Heart & Soul in the former home of the long-time dive bar Trophy’s on South Congress. The Continental Club sign was restored by Gary Martin and Ben Livingston.