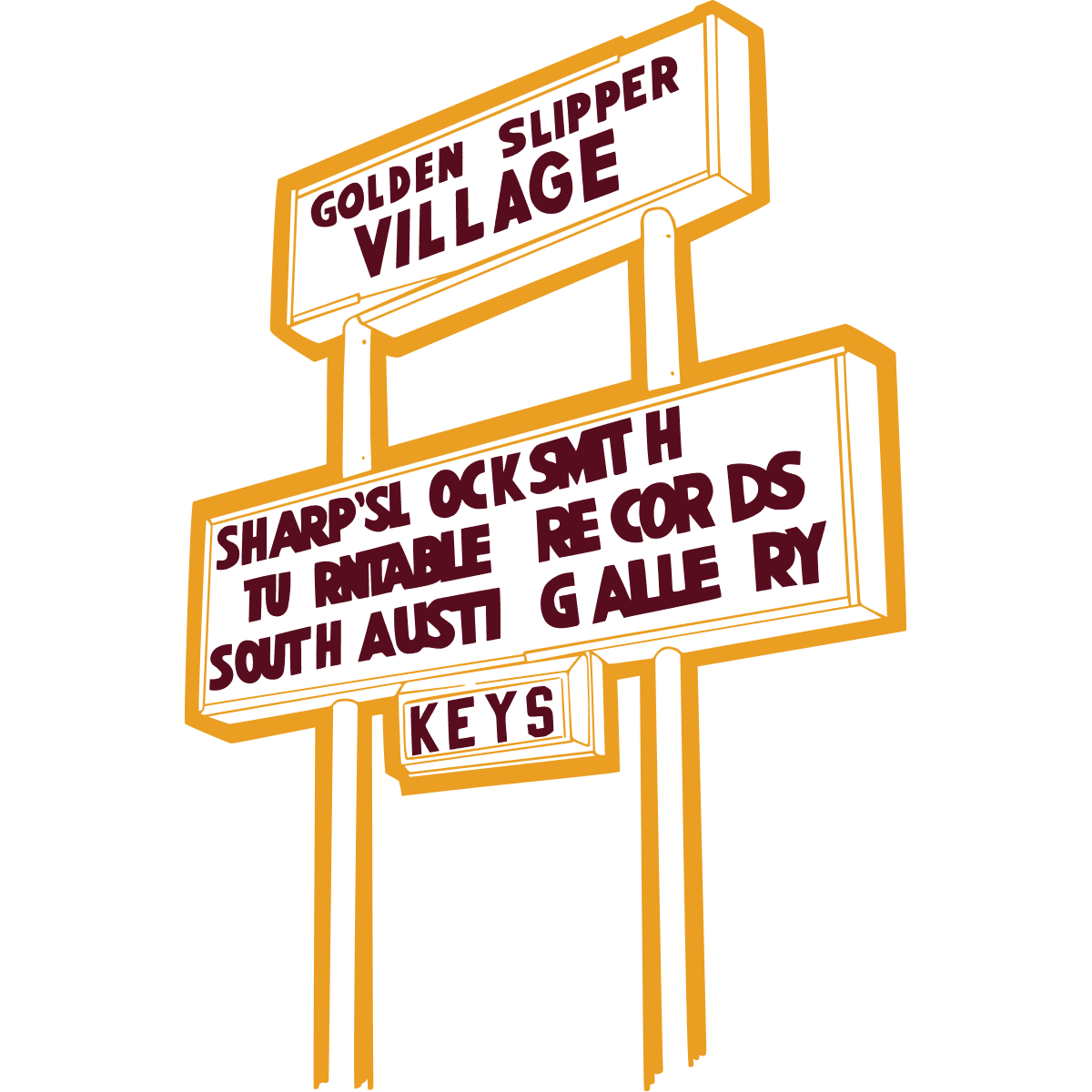 The Golden Slipper Village is home to an eclectic collection of local businesses. It was started by Aleck Hernandez in 1947 when he opened Golden Slipper Modern Boot Repair. Thomas Hernandez has been running Turntable Records in Golden Slipper since 1986 and Steve and Phil Sharp have operated their locksmith company there since 1977. Other occupants include The Soup Peddler and South Austin Gallery.