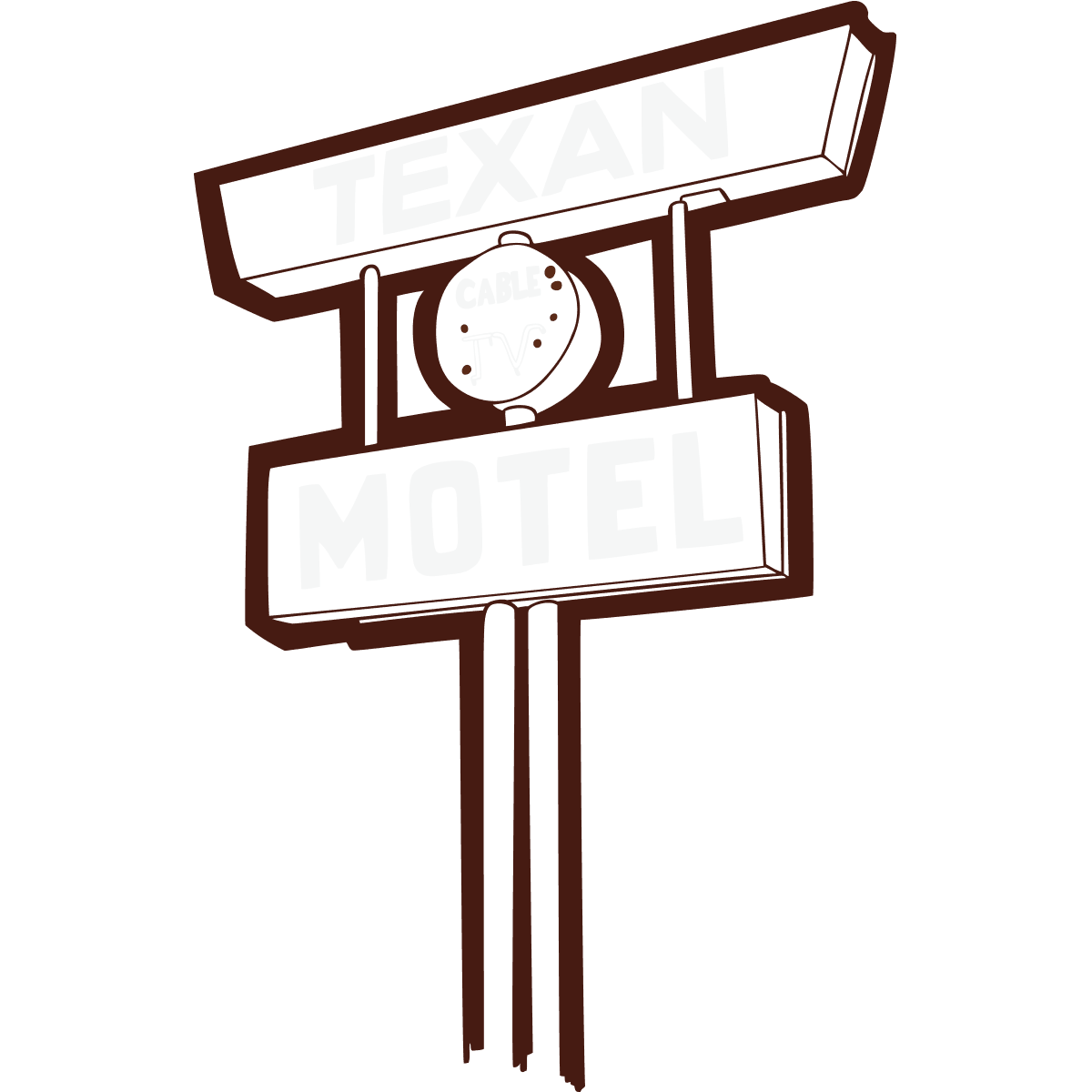 The Texan Motel has been in a decades long battle with its neighbor, Mehl’s Motel, for the most run-down accommodation in town. A night’s stay at the Texan will run you about 30 bucks, and it has been used as the “seedy motel” in a few movies. Their sign was put up around 1972, and there’s also a great hand-painted billboard on the property that advertises 43 cable channels and air conditioning. The rapidly expanding development of Lamar Boulevard hasn’t quite caught up to this small strip, but it’s only a matter of time.