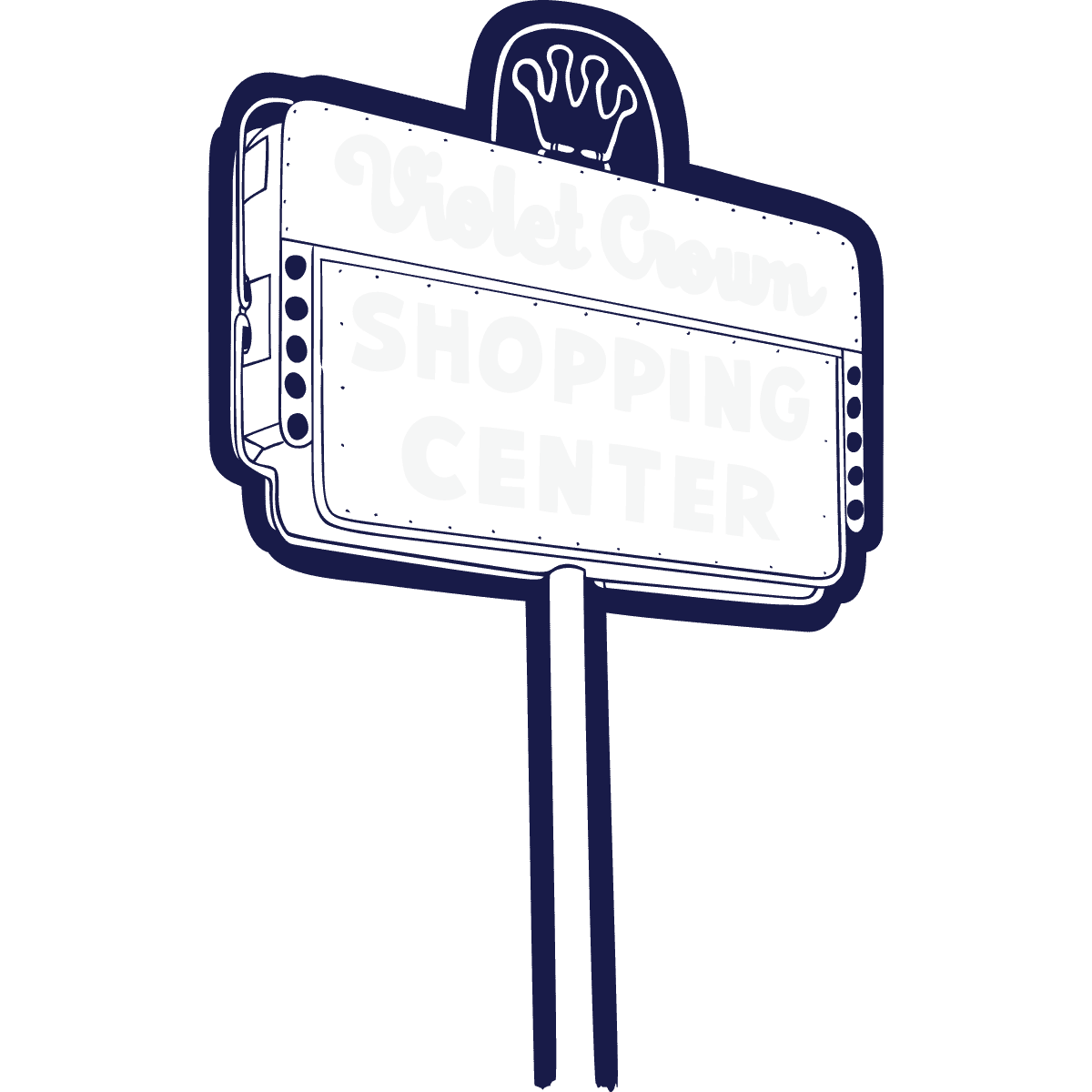 In 1890, Austin civic boosters remarked “Austin’s violet crown bathed in the radiance of the morning or arched with twilight’s dome of fretted gold” and began promoting Austin as the “City of the Violet Crown.” About 60 years later Clarence McCullough and Dr. Joe Koenig developed one of the first neighborhoods in North Austin, called Violet Crown Heights. The neighborhood stretched north of Koenig Lane to Ruth Avenue and a shopping center was built on the old Dallas highway, which is now known as North Lamar. The sign was lovingly restored by Evan Voyles of the Neon Jungle.